Why Good Bible Translations Can Be Trusted

Bible translations are an important part of a Christian’s bible study. Some common favorites are NIV, ESV, or NASB, but there are countless more. In fact, the Bible has been translated into over 3,400 different languages, with over 100 in English!

Last week, Bible Gateway removed a popular Bible version that was not, in fact, a translation (but was claiming to be). “The Passion Translation” philosophy aims to translate essential meaning instead of works or phrase.

That philosophy sounds okay at first. But it begs the question:

Which Bible translations are reliable, and how did we maintain their origin for so many hundreds of years?

A common misconception is that the Bible we read in English has been countlessly translated in the last 2,000 years from language to language, making it unreliable and paraphrased at best. However, many true English translations are textually criticized by world renown scholars, fluent in Hebrew, Aramaic, Greek, and Latin, and are drawn from the best available surviving Bible texts in their original languages.

The Septuagint
Sometimes called the “Greek Old Testament”, the Septuagint is the Greek translation of the Hebrew Old Testament Bible, written around 300 BC. This translation was especially significant for Alexandrian Jews in Egypt, who were fluent in Koine Greek but not in Hebrew.

The Sinaitic Manuscript
“Codex Sinaiticus” is the oldest surviving full version of the New Testament, written in the 4th century AD, and is vital for translating the New Testament from its original Greek language.

The Dead Sea Scrolls
Discovered in 1947 in the Qumran Caves near the Dead Sea, this collection of documents dates back as far as the 2nd century BC, and contains 225 biblical texts, including the entire book of Isaiah in its original Hebrew. This specific scroll dates back to around 125 BC. Other texts found were many Psalms, the Torah, several minor and major prophets, and parts of many other books.

Masoretic Text
Until the discovery of the Dead Sea Scrolls, this text was the oldest surviving edition of the Hebrew Bible. The Masoretic Text is commonly used in synagogues today as the authoritative Word of God in the Old Testament. In the 10th and 11th centuries, two translations were made using the Masoretic texts: the Aleppo Codex (10th century AD) and the Leningrad Codex (1009 AD).

Aramaic Targums
Targum Onqelos, the Torah written for Aramaic speaking Palestinian Jews, dates back to as far as 100 BC.

The Syriac Peshitta
A simple translation for the Jews in northern Syria, dating back to the 2nd century AD. It later included the New Testament as well (which was added by Syriac-speaking Christians).

The Latin Vulgate
Written by St. Jerome in 382 AD. Pope Damasus I asked Jerome to translate the Old Latin text into the then common Latin. After being circulated and becoming widely known as the versio vulgata, Jerome’s translation replaced the Old Latin Vetus Latina and became the official Latin Bible in the Council of Trent in the 16th century.

The best Bible translations pull from an unbelievably reliable pool of historical texts and resources to maintain integrity and Biblical accuracy.

“No other piece of ancient literature has such an abundance of manuscript witnesses as does the New Testament” (New International Version Bible Committee, NIV vi).

If you’re unsure of a Bible translation, you can generally read the translation’s textual philosophy within the first few pages (before Genesis 1), as well as the team of scholars which usually comprises the research committee. 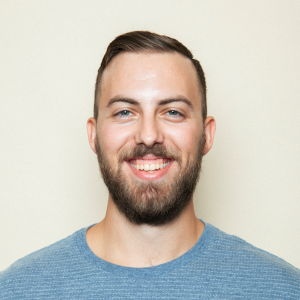